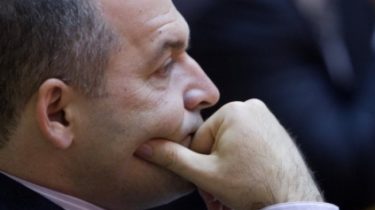 The oligarch claims that the Ukrainian side is to demand specific things.

Ukrainian oligarch Viktor Pinchuk has published a new article, which gives a “recipe” of Ukraine’s relations with the EU, he advised them to compromise with the European side not to insist on EU membership.

According to him, in his previous publication in the WSJ , he did not call to abandon the idea of Ukraine’s membership in the EU.

“Those who accuse me of wanting to abandon the idea of Ukraine’s membership in the EU, either did not read the text, or simply lying. The article is clearly written in the WSJ: “Ukraine should be considered a temporary rejection of EU membership as of the stated goals for the near future”, – said in the text Pinchuk on “the Ukrainian truth”.

Also read: No trade in Ukraine. The full text of the AP response on the scandalous article Pinchuk

The oligarch claims that he would like to see Ukraine as an EU member, however, a significant proportion of the EU countries against it.

“Today, most members of the European Union not only wants to see Ukraine in the EU, but are not even willing to define for us a vision of the future. Insisting now on the prospect of membership, we only weaken the position of our friends in the European Union. But at the same time create inside it once the line split,” he writes.

Pinchuk stresses that it is impossible to compromise with Russia, because the construction of Ukraine according to European standards is diametrically at odds with the Russian dream “of us as failed state (state failure)”. Despite this, the oligarch suggests to “ease the lives” of the EU in exchange for financial assistance.

“Not now insisting on membership, “easing the life” of the European Union and going with him on a compromise, in exchange we have to achieve the EU specific things: more financial assistance and strong support of Ukraine’s economy; more decisive steps towards rapprochement of Ukraine with the European Union (for example, in this case “bezveze” we would have been, the ratification of the Association Agreement would be much easier and faster, and so on); more Pro-Ukrainian position of the EU in all possible formats for discussion of peaceful settlement; absolute adherence to principles in the issue of extending sanctions against Russia if no progress in the peace process,” he concluded.

Earlier, the Ukrainian oligarch Victor Pinchuk, has published a scandalous article in the Wall Street Journal, which has offered to make “painful compromises” for peace in the Donbas.

He advised to forget about the Crimea for 15-20 years, to give up accession to NATO in the short term, to hold “elections” in the Donbas to regain control over the territories and to consider a temporary withdrawal from the agenda the issue of accession to the European Union.

The oligarch, who still avoided the war with Russia and the annexation of the Crimea, suddenly decided to speak out. He has published a number of conflicting theses about the expediency of holding local elections in the Donbass, urged to leave the Crimea and to leave hopes of joining the EU and NATO.