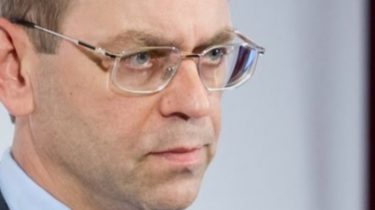 In Kiev ended the cross-examination of the people’s Deputy Sergey Pashinsky, V. Himikos the victim and witnesses to the event, during which the MP used the weapon.

Pashinsky talked to the press, his position is voiced by the lawyer.

Lawyer Pashinsky did not comment on the interrogation, having referred to secrecy of the investigation and sign a confidentiality agreement. In turn, the lawyer of Himikos said Pashinsky today changed his testimony regarding the posture from which he shot. Like, previously said that the shot lying down, and today, that standing.

We will add that protection Pashinsky sure of his innocence.

See also: Pashinsky shot a villager from a pistol, which he was awarded Avakov media

A confrontation of the people’s Deputy of Kiev Vyacheslav Chymicus, which Pashinsky was shot in the leg on new year’s night, gave the investigators the first time, directly in his room one of the Kyiv hospitals. Questioned two wives – the Deputy and the wounded men, as well as key witness, the driver of the van who saw how and why the shooting started.