Sanctions against Russia and pursuit with shooting in Odessa. Five things you might oversleep 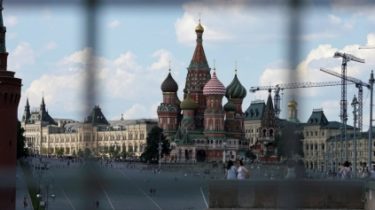 Sanctions against Russia and pursuit with shooting in Odessa. Five things you might oversleep

1. President Barack Obama has extended sanctions against Russia, which expire in March of this year. Sanctions extended in connection with the aggression of Russia against Ukraine. Read more→

2. The US President-elect Donald trump said he intends to keep at least for a certain period the sanctions against Russia imposed by his predecessor Barack Obama, however, made their abolition in the case of successful cooperation with Moscow. Trump said that he might cancel anti-Russian sanctions imposed by Obama in late December in response to cyber attacks if Moscow will assist in the fight against terrorism and other tasks. Like, why do we need sanctions if done great things. Read more→

3. The U.S. Congress supported the bill-the restriction for the future Pentagon chief James Mattis, according to which before the appointment, you cannot take the military position for seven years. Voted 284 Congressman, voted against 151. The White house said that Barack Obama will sign the bill. Read more→

4. Shooting and hitting the commando happened in Odessa. There, police chased people like wanted for thefts from salons of cars. Read more→

5. In Odessa, a scandal erupted around a video filmed by national guardsmen, brutally beat the detainees bullies. The beatings, accidentally recorded by a local journalist and released a video shared. Read more→