The U.S. Congress has opened a “mad dog” Mattis the way to the Pentagon 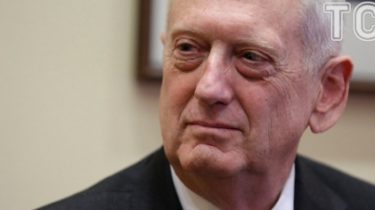 The U.S. Congress has opened a “mad dog” Mattis the way to the Pentagon

The U.S. Congress supported the bill for the abolition of restrictions for future Pentagon chief James Mattis, according to which before the appointment, you cannot take the military position for seven years.

The White house said that Barack Obama will sign the bill.

Mattis in 2013 resigned from his post as commander of U.S. Central command. Thus, until the time of his nomination to the post of Minister of defence it’s only been a little over three years.

A precedent when the U.S. Senate did its exclusion has already taken place in American history. It happened in 1950, when the Pentagon was appointed General George Marshall.

Earlier , the US Senate approved the opportunity for Mattis to be head of the Pentagon.

Us lawmakers considered another candidate for a key position in the government of Donald trump. The Committee on military Affairs more than approvingly listened to the nominee for the top post in the Pentagon, the former legendary military General James Mattis.