In Novooleksandrivka killed the captain from enemy fire from missiles 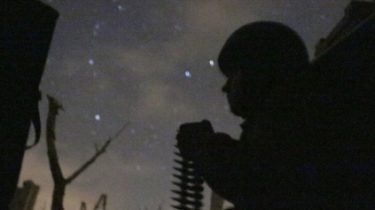 In Novooleksandrivka killed the captain from enemy fire from missiles

In Novooleksandrivka captain killed in the shelling, which the militants fired anti-tank missile complexes.

See also: Leaders of the militants in the Donbas mercenaries require a photo report from the trenches – prospecting

“During the shelling of ATRA in Novooleksandrivka injured Lieutenant, captain, unfortunately, died. The wounded man was given medical assistance, he was taken to the hospital,” — said the press officer.

According to him, the Lieutenant was seriously wounded, but his condition is not known.

Soon at the briefing the press Secretary of the Ministry of defense of the anti-terrorist operation Alexander Motuzyanik, confirmed the death of one military and wounding three soldiers in the Donbas.

We will remind, for the last day, January 14, the militants have carried out 60 attacks, as a result, killed one Ukrainian soldier, three more were injured.