Together to the victory: Lithuanian volunteers collected 120 thousand euros for the Ukrainian army and residents of Donbass 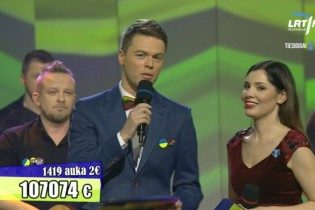 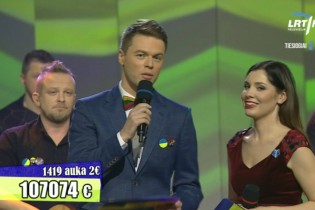 Together to the victory: Lithuanian volunteers collected 120 thousand euros for the Ukrainian army and residents of Donbass

A charity concert was broadcasted on Lithuanian national television.

Lithuanian volunteers managed to collect about 120 thousand euros at a charity concert to support Ukraine.

This was announced by the Lithuanian volunteer Jonas Ohman in Facebook.

The concert was broadcast on Lithuanian national television on 13 January – the anniversary of the failed Soviet attempts to overthrow the Lithuanian government in 1991.

See also: Volunteers collected field library to the front of the ATO

“The funds will be used to support the Armed forces of Ukraine in their heroic struggle against the Russian aggression, as well as for the civilian population of Donbass, suffering from the terrible effects of war. Charity work is entitled “Together to win” has shown the unity and determination of the Lithuanian authorities and civil society, as well as its ability to support Ukraine”, – said the volunteer.