Neighbor Yushchenko planted for 4 years for fraud with recreational land 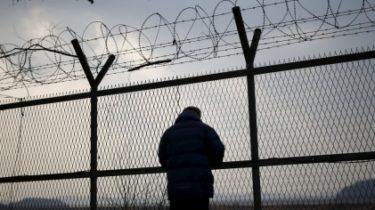 Neighbor Yushchenko planted for 4 years for fraud with recreational land

The former head of the Obukhov RGA was found guilty of abuse of office and fraud with tens of hectares of land.

The former Chairman of the Obukhovskoy district state administration Victor Ostrinsky and his first Deputy Ignat Beleza was sentenced to 4 years imprisonment with deprivation of the right to hold the positions connected with performance organizationally-administrative functions for 2 years.

This is stated in the sentence Kagarlitsky district court of Kyiv region on January 4.

As noted, the court found them guilty of abuse of office in 2008, when officials facilitated the illegal transfer of a number of plots with an area of 37 hectares of private individuals.

We are talking about the transfer of ownership of 19 individuals of the two Islands on the river contrary to the prohibition laws. In addition, part of the land area of 10 hectares, transferred to private ownership, was in a long-term lease, “Center for legal support of entrepreneurship “Business and law”. These areas are the lands of water Fund and recreational destination, the transmission of which is in the property at all.

After the confiscation of land, the firm has submitted the claim about collecting a material damage with the WGA, district management Gosgeokadastra and the Treasury, which was granted in its favor was awarded 1.36 million UAH from the state budget.

To the same Group were convicted of the illegal allocation of 12 citizens of 1.44 hectares of public land under the use ST “periwinkle” in the village Pidhirtsi and romankiv village, as well as in the change of use of land plots of industrial land to agricultural land and illegal transfer of property of the citizens of 34.76 290 hectares on the territory of Krasnensky village Council Obukhov district.

Separately noted that the Group BELAMAR pleaded not guilty.

Note that Victor Ostrinsky Obukhov headed the RGA in 2005-2010, and was a close neighbor of ex-President Viktor Yushchenko.

Recall, the investigators calculated that, by their actions, the former head of the Obukhov RGA caused damage to the state of nearly $ 440 thousand UAH. Victor Ostrinsky was taken into custody on October 13, 2011.