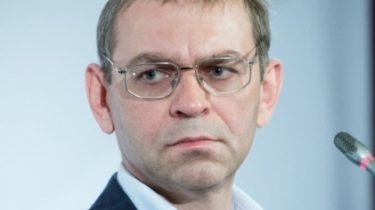 The MP asked the snippets of the interrogation.

The people’s Deputy Sergey Pashinsky appealed to the Prosecutor General of Ukraine Yuri Lutsenko with a request to publish the fragments of the resonant videotapes, which took place in Prosecutor’s office with the victim.

“I appeal to You due to significant public response regarding the incident that took place 31.12.2016 year with my participation on the road in the village of Khlepcha and numerous false statements of the part of Himikos V. E., in particular the proof of my guilt in the incident, the results for the concurrent interrogation of 13.01.2017. Such statements are populist, committed in violation of the Criminal procedural code of Ukraine, and, with the subscription about nondisclosure of the data of the pretrial investigation, are subject to criminal liability under article 387 of the Criminal code of Ukraine”, – wrote Pashinsky.

Read also: In Kiev ended with hours-long cross examination of the victim and Pashinsky

In particular, the MP was asked to publish the following fragments of video, simultaneous interrogation:

1. It was in the hands of S. V. Pashinsky gun when he got out of the car (the testimony of Himikos V. E., testimony of J. Oleinik).

2. That said Pashinsky, S. V., before the first shot (the testimony of Himikos V. E.)

3. Was coming after the first shot Himikus V. E. to S. V. Pashinsky with a bottle in his hand and struck (testimony of J. Oleinik).

4. Fell whether Pashinsky, S. V. after hitting a bottle on the head (testimony of J. Oleinik)

5. Remained there after the blow to the head Pashinsky, S. V., in the hands of Himikos the neck of the bottle with serrated edges (impressions of Himikos V. E.)

6. How far threw a shot of Himikos V. E. from the shot S. Pashinsky V.

7. At what distance from minibus was Himikus after the injury (to publish the scheme of examination site of the incident and photographs).

8. Does the testimony of S. V. Pashinsky during the investigation, including those that it has provided 13.01.2017.

He also added that insisting on an objective and impartial investigation of criminal proceedings.

A confrontation of the people’s Deputy of Kiev Vyacheslav Chymicus, which Pashinsky was shot in the leg on new year’s night, gave the investigators the first time, directly in his room one of the Kyiv hospitals. Questioned two wives – the Deputy and the wounded men, as well as key witness, the driver of the van who saw how and why the shooting started.