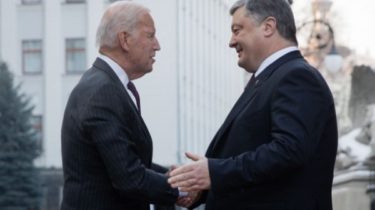 The us official arrived on an official visit to Kiev.

See photos: Daze to tears. As Obama awarded the highest award of the United States his “brother” Joe Biden

After the meeting of the Ukrainian-American talks in expanded format, the results of the planned Declaration of the President and Vice-President of the United States to the press.

At the meeting statements to the press were not.

According to the White house, during the visit of Vice-President intends to underline its support for Ukraine, and to mark the 25th anniversary of diplomatic relations between the United States and Ukraine. After Kiev Biden, who the post four days left, will go to economic forum in the Swiss Davos.