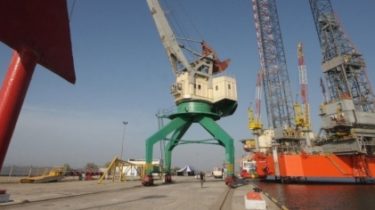 Ukraine is suing Russia because of lost assets in Crimea.

“Naftogaz” will pay the us firm Covington&Burling LLP (new York) of 6.31 million dollars for what it will represent Ukraine’s interests in arbitration with Russia under the claim about indemnification of losses from the annexation of the Crimea.

The contract was signed on January 11 for the period until 31 December 2017, the report said in the e-procurement system ProZorro. About it writes “Interfax-Ukraine”.

Earlier, the head of “Naftogaz” Andrey Kobelev predicted that consideration of the claim against Russia with the requirement to pay damages in the amount of approximately $ 2.6 billion, resulting from the illegal seizure of the assets of the group as a result of the annexation of the Crimea, spread over two to three years. The chances of winning are rated “high”.

We will remind, in February 2016, “Naftogaz of Ukraine” has initiated the negotiation process regarding the loss of their assets in the Crimea, giving Russia a message about the investment dispute under the bilateral agreement on mutual protection of investments between the two countries.

Six months of talks ended inconclusively in August 2016, resulting in “Naftogaz” and its six subsidiaries (“Chernomorneftegaz”, “Ukrtransgaz”, “Ukrgazdobycha”, “Ukrtransnafta”, “Gas of Ukraine” and “of likvo”) on 17 October 2016 initiated arbitration proceedings against the Russian Federation with the requirement to compensate losses caused by the unlawful seizure of the group’s assets in the Crimea.

Meanwhile, Putin announced the connection of the Crimea with Russia pipe, which will steal the Ukrainian gas.