Forecasters predicted, when the capital could go smelly 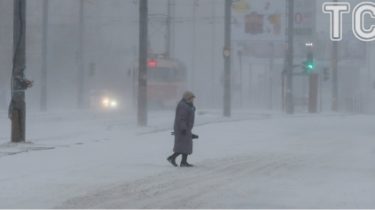 Forecasters predicted, when the capital could go smelly

The situation may improve after increasing the air temperature.

In Kiev could is the cause of cloudy, windless weather with high humidity and fog, which will last another three days.

According to the report, now in the lower atmosphere there are layers of isothermal and inversion, which leads to the accumulation of harmful impurities in the emissions of industry and transport up to the formation of smog.

“The situation may improve after warming up the surface layer air. In the next three days SYNOPTIC situation will not change significantly”, – said the rescuers.

It is noted that in the Kiev region there is no fires in landfills, peatlands and other fires, which can lead to strong smoke.

We will remind, during the day in the city of Kiev and Kiev region there were no fires, which could cause haze. Most likely, the haze is the result of a natural phenomenon: when gases through a lack of wind and high humidity simply can not breathe, rescuers explained.

Kiev suffocating from the smoke: where did the smelly smog

Acrid stinking smoke enveloped the capital. Smog coated all of the areas. The smell of burning enhances the thick fog, so frightened people in social networks the night complaining about the terrible heat. Probably Gaza due to lack of wind just hovered over the capital, because of large-scale fires is not known.