In Ukraine will introduce e-tickets in public transport. How it will work 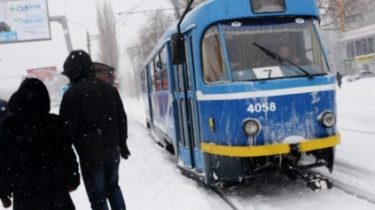 In Ukraine will introduce e-tickets in public transport. How it will work

The Verkhovna Rada adopted the law.

Today, on January 17, MPs voted for the law, which envisages the implementation in Ukraine of electronic payment, including e-ticket, in urban and suburban passenger transport. “For” – 265 votes.

Recipients will receive e-tickets for free. This is provided for changes that are made during the preparation of the document for the second reading. This writes UNIAN.

“The adoption of several amendments of deputies will facilitate the introduction of automated system of fare payment and electronic tickets in urban passenger transport, but also in long-distance and suburban transport in accordance with the decisions of local state administrations”, – said the people’s Deputy Ivan Vasyunyk, presenting the bill during the parliamentary session.

The developers of the bill hope to introduce e-tickets will increase accounting transparency for the actually rendered services for the transportation and other preferential categories of passengers, to prevent the use of fraudulent travel documents, reduce operating costs of the carriers for the organization and control of collection of revenue.

For the implementation of automated fare collection systems in vehicles are installed special turnstiles and scanners. Pay will be as special presnoy e-card, or credit card. All will depend on which system will choose the carriers. Note that a similar system operates in the Kiev subway, where you can pay the fare e-ticket (which can constantly replenish the funds) and a Bank card.

Earlier, adviser to the Minister of infrastructure Jaanika Merilo said that the cost of implementation of unified automated fare collection system in urban passenger transport in the major Ukrainian city is about 10-15 million euros.

We will remind, in the autumn of last year the lions had signed an agreement with the European Bank for reconstruction and development on a loan in the amount of 10 million euros for the implementation of the city automated fare collection system, which provides for the purchase, installation and operation of the necessary hardware and software and electronic charts. The city Council hope the introduction of electronic tickets will allow you to increase the profitability of transport enterprises by one third.