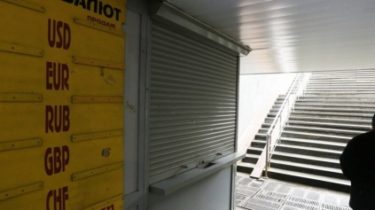 The national regulator continues to be in the currency market.

See also: the Dollar continues to rise in price in exchange rates of the national Bank on January 17. Infographics

“Today, 17 January 2017, the supply of currency is limited primarily in connection with the match yesterday, 16 January 2017, of the day (in honor of Martin Luther king) and working day in Ukraine. Accordingly, no foreign currency revenues to accounts of Ukrainian banks yesterday has affected the amount of the mandatory sale of foreign exchange earnings today,” reports Cure.

In addition, the factors which the national Bank reported earlier: seasonal slowdown in business activity, mainly in the agricultural sector, which is reflected in the reduction of foreign currency revenues from export of food products, the presence of significant hryvnia liquidity of the companies-exporters who in December received a VAT refund of 16 billion UAH.

In this regard, the NBU says it will continue to maintain a presence on the interbank currency market and apply regulatory instruments.

“January 17, 2017 national Bank announced the auction for the sale of foreign currency to prevent excessive fluctuations of the hryvnia. The volume of auction – up to $ 100 million. USA”, – stated in the message.

Recall, according to economists, the pressure on the hryvnia will continue until Feb.