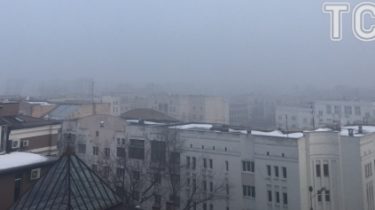 People complain about the haze over the city and the smell of burning.

In the capital of gschs reported receiving a large number of calls from Kiev who complain about pungent smell of Gary in several areas.

About it reports the edition Today.

“People complain about the haze over the city and the smell of burning. We take calls, go on the test site, but the fire is not yet seen. To determine their nature and source Gary, need the exact address of the fire, and people do not call him. In this weather, may smell of burning was heard from behind the burning trash cans, but again, what is burning, we can not say yet”, – rescuers noted.

Earlier it was reported that almost all of Ukraine today has covered very thick fog. Visibility is no more than 200-500 meters.