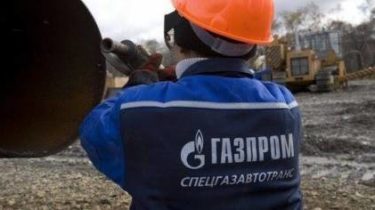 By the end of 2017 Georgia will buy gas in Russia. The two sides also signed a new agreement, according to which “Gazprom” will pay for gas transit through Georgia to Armenia partly in cash and partly with gas (10% of the volume of supply in Armenia) in 2017, and in 2018 will be a cash payment.

This was announced by the Minister of energy of Georgia Kakha Kaladze, reports “RIA Novosti”.

“The agreement, which was decorated with Gazprom gives us the opportunity not to depend on Russian gas,” – said Kaladze.

“We have the opportunity to purchase gas in Azerbaijan or Iran. Today we decided to boot Azeri natural gas,” – said Kaladze.

Over the next two years, Georgia plans to build a new gas storage facility (commissioning in 2020), even more dependent on supplies from Russia.

Note that Azerbaijan is the main supplier of gas to Georgia, the bulk of procurement accounts for the cold season.

We will remind, Ukraine buys gas from Russia a year and a half.

Earlier it was reported that Russia and Belarus failed to agree on repayment of the last $ 700 million debt for Russian gas.