In Kiev again allow the sale of alcohol at night 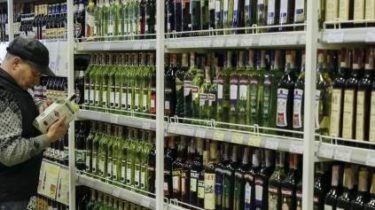 The economic court of Kiev obliged the city Council to cancel the decision to ban the sale of alcoholic and soft drinks from 23:00 to 10:00.

It is reported by Interfax with reference to head of the Kyiv regional territorial office of AMKU Alexey Khmelnitskiy.

“Shall the city Council to stop violation of the legislation on protection of economic competition, which consists in deciding under which set not provided for by the legislation of Ukraine on the prohibition of sale of alcoholic, low alcohol beverages and beer in stationary objects of trade, except institutions of restaurant economy, on the territory of Kiev from 23:00 to 10:00,” – he said.

Recall, September 22 2016 in Kiev has banned the sale of alcohol and beer at night. For a decision voted 86 out of 100 deputies of the city Council.

Was limited sale of alcoholic, low alcohol beverages and beer in stationary objects of trade of the capital at night, and that is from 22.00 PM to 10.00 am.