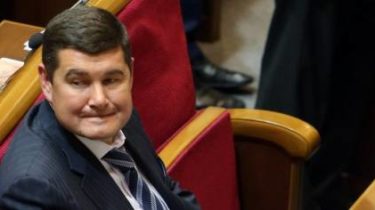 NABS sent to the GPU for further directions to the competent authorities of Spain a full package of documents for the commencement of extradition Inessa Kadyrova, mother of the people’s Deputy Oleksandr Onishchenko.

About it reports a press-service of the Bureau.

According to investigators, Kadyrov is the organizer of the so-called “gas scheme”, as a result of which the interests of the state suffered damage amounting to about 3 billion UAH.

It is noted that after receipt of the original documents to the court of Spain will take a decision on the application of the so-called extradition arrest or a preventive measure before considering the question of extradition.

Onishchenko says that his mother is already on the loose

We will remind, on March 30, Kadyrov was detained in Spain on orientation of Interpol and Europol. NABOO announced Inessa Kadyrov wanted in August 2016. She is suspected of forming a criminal organization, embezzlement of property in especially large sizes and fictitious entrepreneurship.

Onishchenko is suspected of organizing the schemes of theft of funds in the extraction and sale of natural gas in the framework of joint operation agreements with PJSC “Ukrgasdobycha”, which was caused to the state damage for the sum about 3 billion UAH.