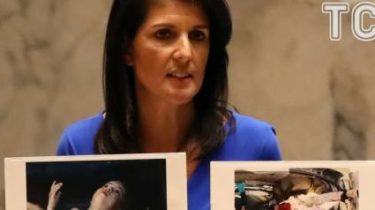 Russia is nervous due to the fact that he was in international isolation, and losing face, covering the Syrian regime and the chemical attack.

This was stated by the U.S. permanent representative to the UN, Nikki Haley, writes CNN.

“Now Russia is seeking to save face, and we provide her every opportunity to do so,” said the American Ambassador.

She repeated the previously expressed position of the United States that Russia needs to decide whether she wants to interact with the international community, or continue to hold the Syrian regime.