“Shadow accounting”: AP found evidence of laundering $ 1.2 million worth of Yanukovych and Monforton 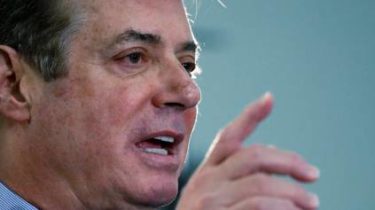 There is evidence of confirmation of payments of “shadow accounting” of the Party of regions political consultant, former campaign Manager of U.S. President Donald trump manufactu the Floor.

This writes the AP.

We are talking about Manufactu the payment of 750 thousand dollars from Belize offshore Neocom Systems Limited, which was the score in Kyrgyzstan. Firm, political consultant, Davis Manafort received the specified amount on the day following the date of invoice.

The Agency also found documents confirming the payment of Manafort in 2007, $ 455 249, which is also reflected in the “barn book” the Party of Regions. This payment was made from the company Graten Alliance Ltd., which was also registered in Belize, and now inactive, – stated in the investigation edition.

“The financial records recently obtained by The Associated Press confirmed that at least $ 1.2 million of payments referred to in “the barn book” next to the name of Manafort been actually received it consulting firm in the United States. They include payments in 2007 and 2009″, – reported in the article.

However, Manafort comments publication did not deny that his firm received money, but stressed that all financial allocations are legitimate.

“Any funds received by my company, are a legitimate payment for services provided pathconsult. I was billed and they paid via Bank transfers,” he concluded.

The plan of the “surrender” of the Crimea and cooperation with the magnate of the Russian Federation in favor of Putin. Scandals Of Manafort

However, an earlier edition of the New York Times reported that former adviser to Viktor Yanukovych by Paul Manafort could get 12.7 million dollars over 2007-2012 with hidden cash “Party of regions”. At the same time Manafort denied receiving any money.