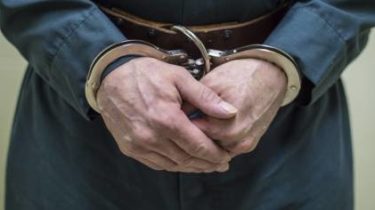 The Ministry of foreign Affairs of Ukraine strongly protests in connection with the inhuman treatment by the Russian authorities to illegally convicted in Russia to Ukrainian Viktor Shura.

It is noted that the Russian prison authorities have resorted to the massacre of Surom and to torture, in order that this in writing waived his legal right to meet with the Consul.

In particular, Alex was placed in a solitary confinement cell where he was kept in the cold without food and water, which led to the deterioration of his health.

“The Ministry of foreign Affairs of Ukraine once again demands from the Russian side to stop illegal actions against the citizens of Ukraine illegally detained in Russia for politically motivated cases and to ensure their right to meet,” – said in an official statement the foreign Ministry.

Soup with wool and pocketed the camera. The lawyer told about inhuman conditions of detention of political prisoners in the Crimea

Recall, Viktor Shur was convicted in October last year as a citizen of the Russian Federation to 12 years of imprisonment for espionage in favor of Ukraine, namely the collection of information on custodial facility of the Russian defense Ministry. Schur had a residence permit in Ukraine, and in September of 2016 received Ukrainian citizenship.