Near the mine “Butovka” killed Ukrainian military 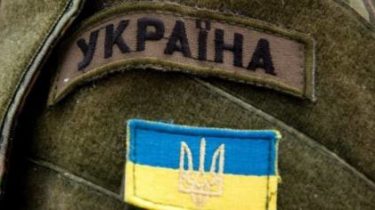 Near the mine Butovka, in the Donetsk direction in the area of ATO, the Ukrainian military was lost.

On the evening of 12 April, the press center of staff ATO.

Soldier was killed in the shelling by militants who have covered the position of the APU fire from mortars of 82 and 120 mm.

At the headquarters of the ATO noted that despite the silence regime, the militants continue attacks, while using the forbidden Minsk agreements, heavy weapons. On Wednesday the Russian-separatist forces fired at the Ukrainian military from mortars of 120 mm calibre in Gnutovo, Water and the mine Butovka, and mortars of caliber of 82 mm – in the area of Water, the mine Butovka, Marinka and Avdeevka.

Sisters “cyborg”. In Zhytomyr the mother of a dead paratrooper gave birth to triplets.

Since the beginning of the day fighters 52 times violated the silence regime.

Recall from the beginning of this year in the area of ATO killed 69 members of the Armed forces of Ukraine. With more than 420 were injured. In General, during the ATO killed 2652 Ukrainian servicemen of various power structures.