In Kiev, a fire broke out near the plant “Elektronmash” 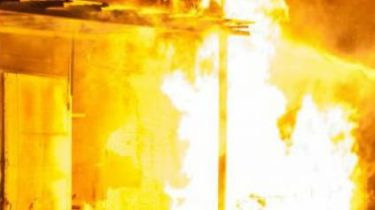 In Kiev there was a fire near the plant “Elektronmash”, which is located on the Ring road.

“Just now, something is seriously lit at “Electronmash”, – stated in the message on the social network.

According to a report at the scene are fighters of gschs.

In Senegal, a large-scale fire in the religious center claimed the lives of dozens of people

We will remind that in the night of 13 April in one of the Lviv high-rise fire occurred, through which the rescuers had to withdraw from the house of 18 people.

One woman has poisoned with burning products, her identity is now set.