The most famous stork Arthur from the region back female 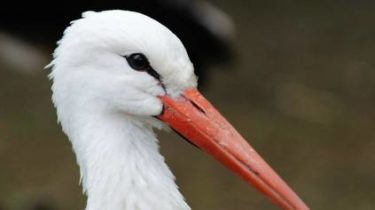 To the most romantic stork Ternopil Arthur has arrived from warm edges of his mate. He waited more than six months. TSN talked about birds that flew away to warmer climes, but remained in Ukraine and because of a longing for the friend even otkazalsa is. Now they are again a couple. However, the female does not too certain of their nest. So Arthur does all that she ran away to the other, says TSN.12.00.

The reunion of this couple waited almost the whole of Ukraine. Alice threw Arthur at the end of last summer – flew to warmer climes. In the nest there were only a few days ago, not once since you got back.

“We saw what was flying, there were a lot of storks. Arthur jumped at home, called name, but no one to us did not arrive”, – says the owner of the bird.

Stork on Khreshchatyk, caused a sensation in the Network

As he was waiting for her, words can not describe. Arthur didn’t eat all winter, longing in the chicken coop, did not want to return to the nest. This stork for four years as poultry. A rural veterinarian Ivan Pidkova once saved a crippled stork, and sheltered in the barn. Arthur even started to fly a short distance. And later made a nest on the house and brought back Alice. However, in warmer climes with her go.

Now she’s finally returned from warm countries. And almost immediately, the pair took to lekotti. A little later Arthur yelled at Alice . She seemed offended and did not come to him. However, in the end they made up. The owners assured the couple honeymoon.

Arthur has changed a lot, became hozyaystvennik all day to build the nest. To the people in the yard doesn’t come down, because it feeds on the fact that the wife in its beak brings.

The owners are unanimous in a single – had the roof will be Chicks.