Attacks on Marines near Pavlopol and wounding two soldiers during the day: at the headquarters of the said provocations in the ATO 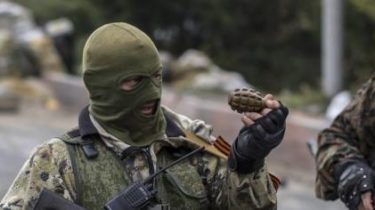 For the last day, 16 April, the Russian occupation troops 22 times fired at positions Armed forces of Ukraine and two Ukrainian soldiers were injured.

So, the press center of the ATO headquarters reported that the provocative attacks have not stopped.

At the same time on the Donetsk direction positions of the ATO forces in the vicinity of the Town, the enemy fired rocket-propelled grenades of various systems and machine guns of large caliber. Strongholds near the village of Zaitseve militants were firing from APCS and grenade launchers. The defenders of the Mine Butovka, the enemy opened fire from heavy machine guns, and the defenders Mironovskiy — automatic grenade launcher.

“At the Lugansk direction, at positions near Katerinovka the enemy used mortars 120-mm automatic grenade launchers. Strong points in the area of Novoaleksandrovka enemy fired small arms”, — stated in the message.