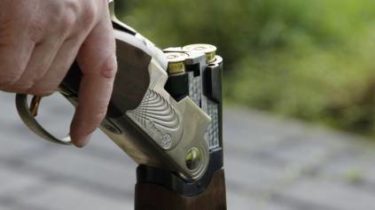 From Kiev, looking for the attacker, who twice fired a gun in the window of a private home.

It is reported by the police of the capital.

Yesterday, April 18, in the evening police reported that on the street. Cool shot in the window of the house.

39-year-old owner of the house said that at about 21:10 I heard sounds similar to two gunshots and glass breaking.

Going to the window, the man noticed the hole. After that, he went out into the yard, but saw no one there.

At the scene police seized two wad-shock and roll.

We will remind, in Exactly unknown from the grenade launcher fired at the office of the patrol police. The incident occurred around 3 a.m., reports a press-service GU Nacpac in the Rivne region.

It is noted that the result of the shot damaged the wall of the garage Control room of the patrol police in the city of Rivne, which was converted into a gym.