The Russian military, participated on the side of the separatists fighting against the Ukrainian government army in the Donbass, used battle tank T-90 and its modifications. This is the most powerful armored vehicles in service with the land forces of the Russian Federation, which never in Ukraine has not been delivered.

This is stated in a fresh international investigation group Bellingcat.

A distinctive feature of the family of tanks T-90 became the “burning eyes” on the tower. They represent the floodlights of complex opto-electronic warfare Blind-1, they are designed to disrupt the laser guidance systems of attacking anti-tank shells.

The complex Shade 1 is also mounted on the Ukrainian tank T-84. But if we consider the T-90 and T-84, they differ in the configuration of the tower, as elements of dynamic protection, T-90 have a pronounced V-shape. They can also be distinguished from each other on system start-up smoke grenades. 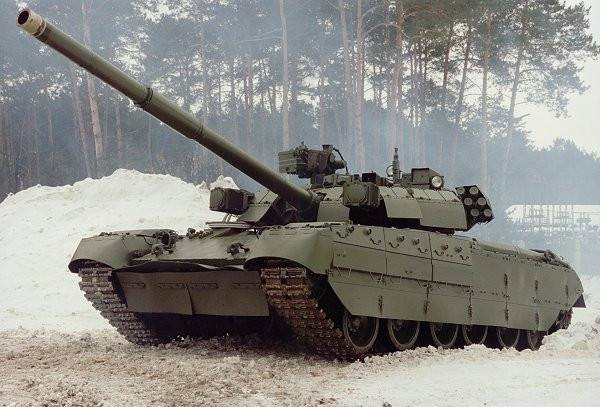 In the early model T-90 was mounted alloy tower, which were of a rounded shape. Towers for new modifications, for example T-90A, on the contrary, were made by means of welding, so they have more sharp edges. These differences are clearly shown in the following illustration.

Also in the early versions of T-90 elements of dynamic protection are not in very smoothly, and the welded turret T-90A they are already looking neater. The location of the launchers for smoke grenades on the T-90 and T-90A also has a few different.

The presence of tanks T-90A in Ukraine

The first reports of Russian tanks family of T-90 in the East of Ukraine began to appear in the summer of 2014. The article in the British newspaper The Telegraph quoted a Ukrainian activist: “Lugansk. We are retreating. We are long past the columns of tanks Guys survived battle with the battalions of the latest Russian T-90 tanks”. 2016 visual material confirming such statements.

YouTube published a video which was allegedly filmed on 25 August 2014, during the battle for Ilovaysk. During the fighting several of these tanks were destroyed.

Without the original file to establish the exact date of recording is impossible, but the recording location can be confirmed using the method geolocation.

First about the existence of this video said watching the progress of the conflict in the Donbas, a Twitter user under the nickname Askai707. He also spent a geolocation video, confirming the presence of tanks T-90A in a war zone. According to the national security Council and defense of Ukraine, 25 Aug 2014 positions of the Ukrainian military were in Novosvitlivka, just 6 km West of the Bald, where the video was shot. 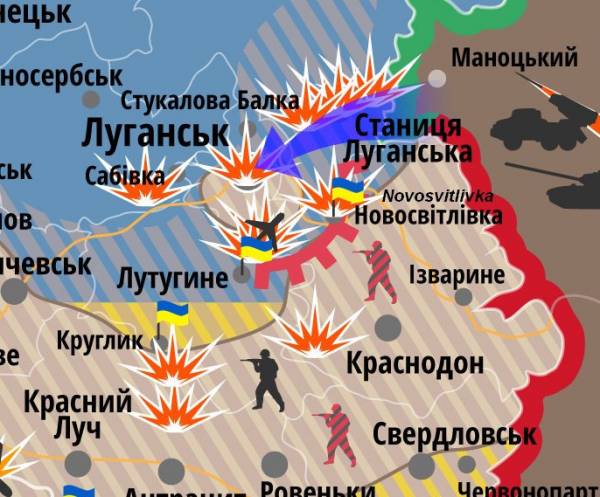 Earlier the user Askai707 documented the presence in the area of Russian servicemen from the 136th separate motorized rifle brigade. Management of tanks T-90A realize they are the same. And InformNapalm, and Askai707 found that in the summer of 2014 tanks of the brigade were involved in the East of Ukraine. Visual materials are also captured tanks T-90A, but on those images which you can verify by the method of geolocation, only visible to the individual elements or the rear of the tank on the road.

The map below is marked the point that managed to find images using the method geolocation: 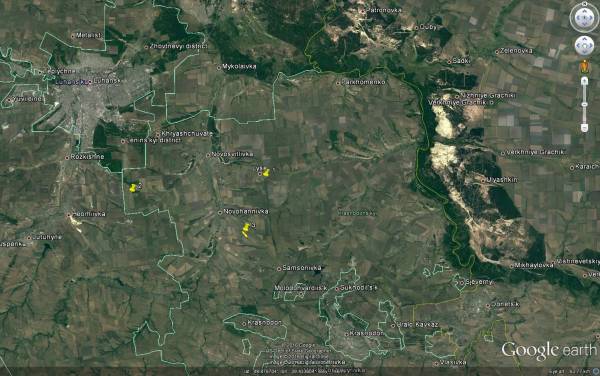 (1) noted the new video mentioned in this article, (2) a soldier on the turret of a tank and a road sign in the background, (3) location of tanks T-90A moving on the road. All images captured tanks with the same camouflage. In addition, there is an image in which the tank T-90A is visible from the front. In front of the tank are “soldiers” with white sleeves, which means that the photo was taken in the East of Ukraine, and some other pictures from the same account captured captured the Luhansk airport, however, to ascertain the place where the picture was taken, using the method geolocation is impossible. 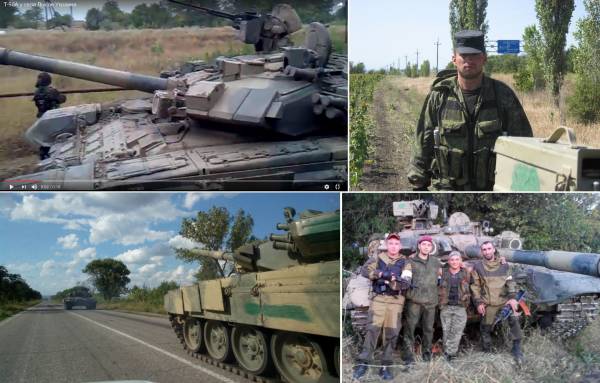 “Thus, from the available visual material and analysis Askai707 and InformNapalm, it is clear that in the summer of 2014 in the East of Ukraine were the tanks T-90A, probably belonging to the 136th motorized rifle brigade. Tanks T-90A is one of the types of military equipment, which, apparently, was transferred from Russia to the conflict zone in Ukraine to support the separatists fighting against government troops,” – said in the conclusion of the investigation, Bellingcat.