The court in the Hague to announce decision on the claim of Ukraine against Russia. Online stream 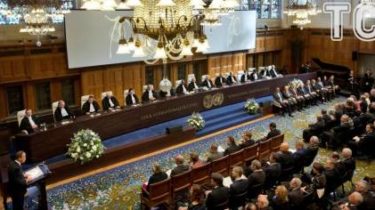 Today, April 19, the international court of justice announces a decision on the claim of Ukraine against Russia.

The President of the court, Ronnie Abraham, read out the decision at a public meeting at the peace Palace – the official residence of the International court in the Hague, writes Gromadska.

Recall, the court began the proceedings on March 6 and after four days of hearings, proceeded to consider interim measures against Russia. They can include the demand to stop funding militants to regain control over the border to the Ukrainian government to respect the rights of Crimean Tatars and Ukrainians in Crimea. Russia denies the chargesand experts predict a further consideration of the merits can take years.