“A real hot war”. Poroshenko said that in the Donbass no frozen conflict 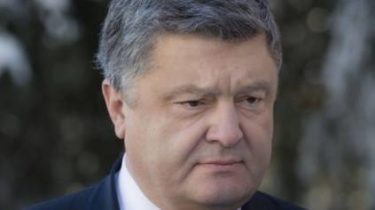 In the Donbas there is no “frozen conflict”, there is a real hot war.

About it, quoting the statement of the President of Ukraine Petro Poroshenko in interview to television channel Sky News, said his press service.

“Someone is trying to call it (the situation in the Donbass – approx.ed.) frozen conflict. Emphasize that it’s not frozen. It is a hot Russian aggression against my country. Is this a frozen conflict? This is a real hot war. This is a real aggression,” – said the head of state, Recalling that since the beginning of the year Ukraine has lost 69 troops and more than 420 were injured.

According to Poroshenko, in the occupied Ukrainian territory is now more than 700 Russian tanks, more than 1,250 artillery systems and more than 300 rocket systems of volley fire.

The President also stressed that the international solidarity with Ukraine is very important, and the pressure on Russia must continue, to stop the killing of Ukrainians.

“Sanctions mechanism to keep Putin at the negotiating table. Putin pays a high price for the sanctions,” – said Poroshenko thanked the US, EU, UK, Japan, Canada and Australia for supporting Ukraine.

Separately, he noted that Russia is waging a “hybrid war” against other countries, which includes elements of cyber attacks, the funding of the populists and the anti-government movement to destabilize the internal situation.

Earlier, the NSDC Secretary Oleksandr Turchynov said that the Kremlin continues to prepare for full-scale war. According to him, the Russian authorities intend to increase the number of invaders in the Donbas from thirty to fifty thousand fighters.