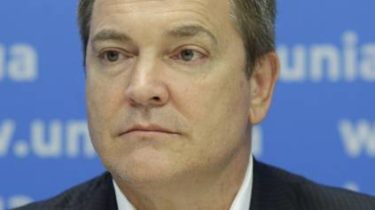 Ex-wife ex-regions Vadim Kolesnichenko is trying to deprive him of parental rights, says the story TSN.19:30.

Wednesday, April 19, the lawsuit Lilia Makedon, who alone is raising their son, was considered the Darnitskiy court in the capital. The meeting lasted almost an hour and in the end the responsibility for the decision of the district court shifted to the court of appeal of the capital.

Spicy poses in the gym, and selfies with her son. What position in the social network the wife of former regions Kolesnichenko

The ex-Deputy now in its third year living in the occupied Crimea and supports the occupation authorities. On trial in Kiev, neither he nor his representative did not attend.