Fire from a tank and four wounded fighters of VSU. Digest ATO 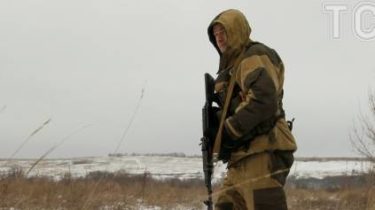 Militants continue provocative attacks of positions of forces ATO from the beginning of the day, the enemy 22 times opened fire on strong points of the Ukrainian defenders.

On the seaside direction at positions near Marinka enemy fired mortars 82-mm automatic grenade launchers and small arms. From grenades of various systems and heavy machine guns the enemy was firing at strong points near Pavlopol and Water; the guns of large calibers used on Oboronna Carmalita and Krasnogorovka, and at the defenders of Novoselivka Druha fired from small arms.

On the Donetsk direction at positions near Avdeevka enemy has used 82-millimetre mortars, machine guns and large caliber firearms. At reference points near the mine Butovka fired from tanks and mortars caliber 82-mm Positions in areas of settlements of Kamenka, Majercik, Zaitsev and Pisky, the enemy fired rocket-propelled grenades of various systems, machine guns and large caliber firearms. For Oborona Questionnaire was shooting from heavy machine guns.

On Lugansk the direction from 82-millimetre mortars and automatic grenade launchers fired at enemy strong points near Katerinovka; the positions near the settlement Donetsk fired from rocket-propelled grenades and small arms.

Four servicemen of the ATO forces were injured.

18 fire fighters and one wounded Ukrainian military. Chronicle of the ATO

We will remind, earlier the Ukrainian side of the JCCC said that illegal armed groups ARDLE, ignoring the Minsk agreements, during the Easter holidays wilfully committed armed provocations against the Ukrainian Armed Forces along the demarcation line.