Antimonopolschiki urged the government to arrest accounts of “Gazprom” 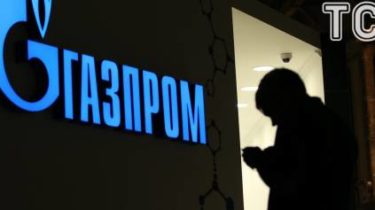 The Antimonopoly Committee of Ukraine (AMCU) asked the State Executive service (GIS) to take measures for forced collection from the Russian Gazprom fine in the amount of 172 billion ($6.4 billion).

About it reports Interfax-Ukraine citing the message of the AMC.

It is noted that the Economic court of Kiev on 17 March 2017 ruled 172 billion from a Russian company on the basis of an enforceable court decision.

Activists uncovered a scheme of financing, “Gazprom” of destabilization in Ukraine for $ 2 million a year

“The Antimonopoly Committee of Ukraine has carried out all necessary measures on forced recovery of PJSC “Gazprom” fines and penalties”, – stated in the message.

We will remind, in January 2016 AMKU has fined “Gazprom” on the 85 billion UAH for abuse of a monopoly position in the market of transit of natural gas Ukraine. Then this decision was confirmed several times by the Ukrainian courts. Kyiv economic court of appeal once again on February 22 upheld the decision of the lower court’s confirmation of foreclosure with “Gazprom” of a fine, which has grown to well over 172 billion UAH (about $ 6.4 billion) at the expense of penalties for its non-payment.