Enemy tanks near Marinka and fire from infantry fighting vehicles close to the Sands. Digest ATO 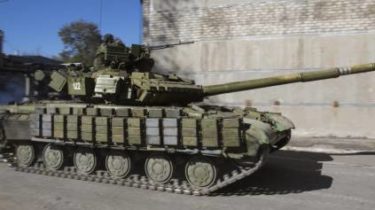 Fighters since the beginning of the day 21 times fired at positions of Ukrainian troops.

Enemy from small arms fired at the Marines near Shirokino.

One serviceman of the Armed Forces of Ukraine were injured.

The militants fired at Marinka, leaving part of the city without light

We will remind, for the past day in the area ATO recorded a worsening. Killed two Ukrainian soldiers, eight soldiers were wounded.