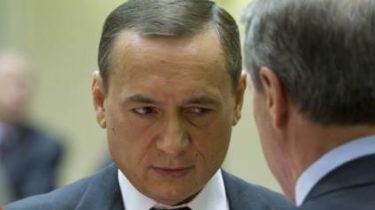 Three Ukrainian Ministers announced plans to bail the former people’s Deputy Mykola Martynenko, who is suspected of creating a criminal organisation and embezzlement.

In particular, such a desire was expressed by the Minister of youth and sport Igor Zhdanov, head of the Ministry of education Liliya Hrynevych and the Minister of infrastructure Vladimir Omelian. The members of the Cabinet are under the building of Solomensky court of Kiev, where Martynenko must elect a measure of restraint, reports 24 channel.

Holodnitsky said the punishment Martynenko, and called the second person involved in his case

“This case is political and not supported by any evidence,” he said.