During attacks of militants in Marinka wounded a local resident 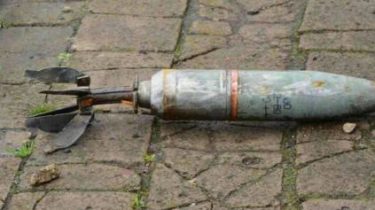 Today, April 22, around 15:00 a 37-year-old resident of Marinka in the Donetsk region was in the garden, as the firing started militants. The fragment hit the man in the leg.

He was taken to the hospital in Kurakhovo, his life threatens nothing. It is reported Maryinsky police departments in Donetsk region and said that the fire fighters were isolated, on the outskirts of the city. Now Marinka quietly.

Meanwhile, in the headquarters of the ATO clarify that during the shelling in Maryinka was damaged seven houses.

“During the shelling of positions of forces ATO near the settlement Marinka under enemy fire hit the outskirts of the village. In this area units of Russian occupation troops used 82-mm mortars, weapons, infantry fighting vehicles and rocket launchers. According to preliminary information, came under fire from buildings on the street Shevchenko. Seven houses damaged. A local resident with a diagnosis of shrapnel wound was taken to the hospital Kurakhovo. Information about the victims and the destruction of the buildings of the settlement specified”, – stated in the headquarters of ATO.

Earlier it was reported that during attacks portena received the Ukrainian military.