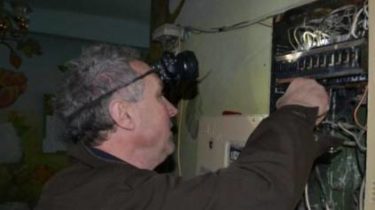 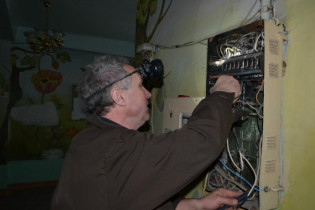 Avdiivka in the Donetsk region for the second consecutive day remains without electricity. He disappeared after intensive attacks of the militants in the night of Friday, April 21. To repair a damaged power line repairmen can’t, because the rebels and Russia did not provide security guarantees for their work.

“Since April 21, and to present such work could not be carried out in the absence of guarantees from the NOF ORDO. It should also be noted that, according to the Russian side of the JCCC, guarantee to conduct rescue and recovery operations in the best case will be available only on Monday, April 24,” – stated in the press center of staff ATO.

The Donetsk filter station that provides the plant with drinking water, already hooked up to electricity.

“The water supplied to the population normally. Such actions of illegal armed groups ORDO once again violate international law, openly disregard the provisions of the Minsk agreements and deliberately creating the conditions for further escalation of the conflict and the deteriorating humanitarian situation in the cities of Donbass”, – stated in the headquarters of ATO.