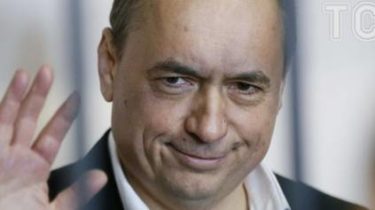 This was stated by the Prosecutor SAP novel Simkiv after the meeting of the Solomenskiy district court of Kiev, reports “UKRINFORM”.

“Now we have this definition, of course, will perform, because the court’s decision. But the position of SAP will reflect in the appeal”, – he assured.

We will remind, the judge Bobrovnik released former people’s Deputy Nikolay Martynenko on bail of 15 MPs and four Ministers decided to release him from custody.

The judge also ordered Martynenko to notify the court about change of residence, be on the call for investigation, to refrain from communicating with a number of individuals who appear in the suspicion, and to hand over all documents to travel abroad.

After the decision Martynenko stressed once again that is not going to run from Ukraine and assured of their sponsors, which will remain in place.

Note, 20 April, the detectives NAB and prosecutors SAP arrested two people — former Deputy Mykola Martynenko and his accomplice Sergei Fracture on suspicion of forming a criminal organization and of misappropriation and embezzlement of property per SE “VostGOK” damages in the amount of 17.28 million dollars. The detainee it is reported about suspicion. Now the issue of election of a measure of restraint.

According to investigators, in 2013-2016 Martynenko, using official position, was involved in the creation of a criminal group that embezzled public funds. SE “Eastern mining and processing plant” signed a contract with the intermediary company controlled by the former MP, for the supply of uranium concentrate at inflated prices. In the NEB noted that as a result of this transaction the state was damaged by 17.28 million US dollars.