In Kiev because of a bomb threat closed the metro station 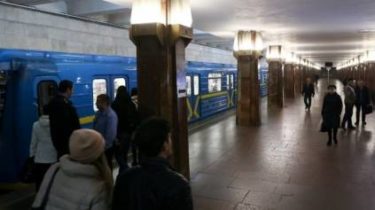 “Metro station “Heroes of Dnepr” temporarily closed for entry and exit. Received an anonymous message about mining,” – said in the message.

Later, the station was reopened after the inspection the experts have not revealed any explosive items.

We will remind, in 2016 at the exit from the metro station “Heroes of Dnepr” started the construction of the shopping center. The land inside the interchange was fenced and drove construction equipment. Indifferent Kiev demanded, after all, assured that the construction would destroy the station and life threatening.

In turn, in the metro assured that the construction of the Mall is quite safe.

The mayor of Kiev Vitali Klitschko said that work on the “Heroes of Dnepr” are planned and aimed at strengthening the station of the metro, and promised that without the consent of Kiev nothing will build.