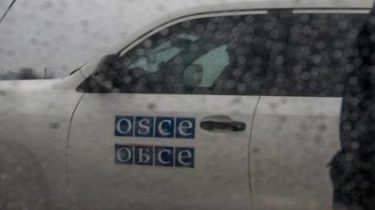 to blasting machines of the OSCE, killing the observer mission, are unreasonable, are provocative and are aimed at discrediting Ukraine

This is stated in the statement of the headquarters of the ATO.

“Comments of representatives ORDO about the subversive actions of the Armed Forces of Ukraine against the civilian population and international organizations have no basis, are openly provocative and are aimed at discrediting Ukraine in Mdinaradze arena,” the statement said.

At the headquarters of the ATO noted that the large number of uncontrolled delivered minefields in the occupied part of the Donbass pose a real threat to the life and health of the civilian population. The Ukrainian side calls upon citizens and representatives of international organizations to comply strictly with the security measures during the stay in ORDA.

Also at the headquarters of ATO denied the rebels about the attack of a place of blasting of the car of the OSCE from the Ukrainian military.

“during the day in the area by the Ukrainian side of the JCCC recorded a single case of violation of the mode “silence”. Therefore, statements by ORLO concerning the attack by the Armed Forces of Ukraine the place of blasting of the car of the OSCE SMM not correspond to reality,” – noted in the headquarters of ATO.