Enemy “guerrillas” near Shirokino and fire machine guns near the Town. Digest ATO 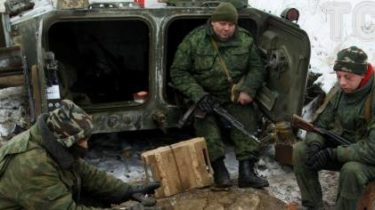 From the beginning of the day 9 times militants opened fire on strong points of the Armed forces of Ukraine.

On the seaside direction at reference points near Shirokino, the enemy used 122-mm light portable rocket system “Partisan” and small arms. Machine guns of large caliber the enemy was beaten on Oboronna Water, and small arms fired at the defenders of Marinka. Also in the area of Marinka acted enemy snipers.

The servicemen of the ATO forces strictly adhered to the “silence mode” and the return fire was not opened.

We will remind, on April 23, the militants of 18 times fired at positions Armed forces of Ukraine in zone anti-terrorist operation. As a result of attacks one Ukrainian military was lost, two more got wounds.