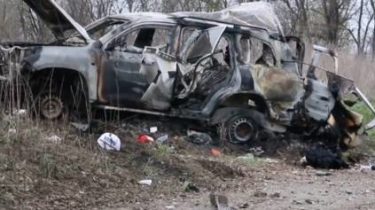 Anyone involved in laying mines in the explosion which killed one OSCE observers and injured two more, should be brought to justice.

This was at the briefing on 23 April, was declared by the Deputy head of SMM OSCE in Ukraine Alexander Hg, reports “Interfax-Ukraine”.

According to him, the mines in the path of the patrol was never supposed to be. The road on which drove OSCE observers, is within 2 km of the front line. Earlier it was also used SMM patrols, and local transportation.

Alexander hug said that according to the Minsk agreements, installation of minefields in the area of ATO banned and there is a need to remove the previously installed barriers.