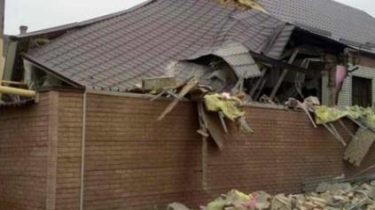 Militants in the evening on Monday fired at residential quarters of Marinka and resulted in the destruction of buildings.

“Tonight, April 24, during the shelling of positions of forces ATO near the settlement Marinka under enemy fire as two days ago, hit residential areas of the city… it is Known that there is destruction of houses for the affected residents or military personnel at the moment no information”, – stated in the message.

According to unconfirmed information, the militants fired at the city from 82-mm mortars, weapons, infantry fighting vehicles and rocket-propelled grenades.

The militants once again fired at the checkpoint “Marinka”

Recall that a few days ago, the militants also fired at Marinka, was damaged several houses. Fortunately, no civilians were injured.