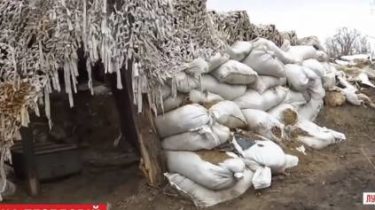 In the Luhansk region after days of lull, resumed the shelling of the AFU positions with uncontrolled territory. Fighters use heavy caliber near Trinity, says the story TSN.19:30.

“The holidays were quiet, but yesterday they are already active – and 120-s flew, and’ 80s. I think that’s probably the truce ended,” suggested the soldier of the 53rd brigade with the Callsign “Bear”. In addition to suddenness and power, the enemy surprised and even precision strikes – one of the shells hit the dugout. Only a miracle there were no wounded.