In Kiev, with the return of warm weather he resumed off the hot water 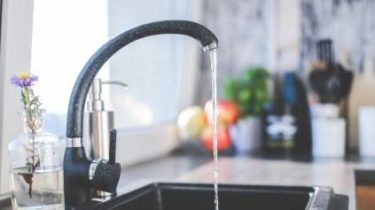 In Kiev resumed carrying out hydraulic tests of heating systems, which were suspended to avoid outages of hot water during periods of low air temperature.

About it reports a press-service of “Kyivenergo”.

It is noted that on 24 April hydraulic testing conducted in Kiev, Obolonskiy, Goloseevsky, Solomensky and Podolsk districts of the capital.

From April 24 to may 8 testing of heating systems will be conducted from the station of heat supply “Belichi” and regional boiler-houses “towers”, “Minsk” and “Central”.

A warm week. Returns to Ukraine, Sunny weather and 22 degrees

From April 25 to may 8 testing of heating systems will be carried out from the district boiler house “Nikolskaya Borshchagovka”. For this period of hot water supply will be temporarily stopped for 511 residential units, 6 medical institutions, 35 kindergartens, 22 schools, 140 of offices in Svyatoshinsky district; 4 houses and 4 offices in Solomenskiy area.

We will remind, earlier in the capital resumed the hot water supply as the schedule of the hydraulic test was postponed a week due to the rapid cooling.