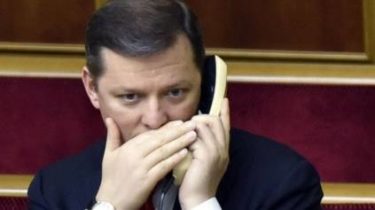 The leader of Radical party Oleg Lyashko arrived for questioning at the NAB regarding his probable illegal enrichment.

“Came in this morning for questioning in NABOO. All production of the GPU and the ARS against me and my team – the revenge of the President for our position. Somehow, against Poroshenko, it is not excited, although in the Internet there are so many publications that they have to shoot you, not only to open the proceedings,” – said the MP.

Lyashko sure that no case against him and his supporters no end, “because no crime we didn’t commit.”

“A rosy-cheeked Holodnitsky who illegally received from the hands of Poroshenko to the rank of General, sooner or later will be responsible for the execution of political orders. And customers – too. They have me pale!”, – said the leader of the radical party.