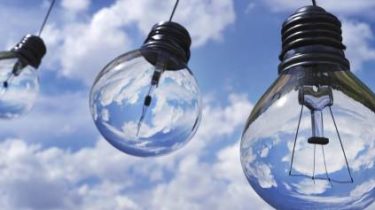 Power outage the occupied part of Lugansk occurred after the debts of local consumers has jumped over 5 billion hryvnia. “Ukrenergo” was limited to a short message about it on the site and decided more not to comment on the situation, says the story TSN.19:30.

While expert Andrew Gerus submits that the electricity residents of the occupied territories was received on very favorable terms. “They have rates of 36.6 cents that Ukraine was paying about 2.5 years ago. Moreover, they did not pay at such rates. There they are in the past year has created some enterprise which went and collected the money – and it was their net revenue because the electricity they got for free,” – said the expert.

The Chairman of the Lugansk military and civil administration Yuriy Garbuz added that consistently did not pay for the Ukrainian electricity is not only household consumers but also enterprises occupied Luhansk. “For almost three years we were no payments from the temporarily uncontrolled territory. The amount has been increased to 5.6 billion UAH. Of course, it can’t last forever,” he said.

As reported, powered astronomical clock was stopped on the night of 25 April. In the morning representatives of the occupation administration reported that restored electricity to almost all of Luhansk. Problems with other cities, they called insignificant, and added that it had established the power of neighboring Russia. Local officials have confirmed that Russia will provide light to occupied areas of Donbass on the basis of humanitarian assistance that is free. While Moscow accused Kiev in violation of the spirit of the Minsk agreements and the rejection of the Ukrainian territories.