In Kiev, a 6-year-old child triggered an explosion on the territory of the kindergarten 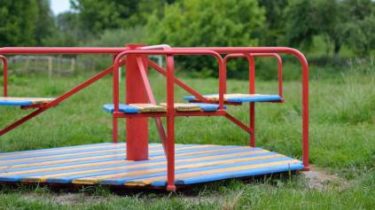 In Kiev on the territory of a kindergarten exploded an unknown object.

“About 9 o’clock in the Desniansko police Department called the guard of the kindergarten on the prospect of Vladimir Mayakovsky, who reported that on the territory of the preschool institution was an explosion,” – said in the message.

As militiamen found out, at 8:50 mom was in the garden six year old boy who on the way picked up the ball. When the child threw her to the ground, there was an explosion.

Fortunately, as a result of incident nobody has suffered, only on the pavement were damaged, now on the scene working law enforcement officers, and with the boy talking to psychologists.

Recall, on the eve in Kiev, the shooting occurred with the wounded. The conflict occurred between the two companies.