Shooting in Kiev and the threat of a metro stop. Five things you might oversleep 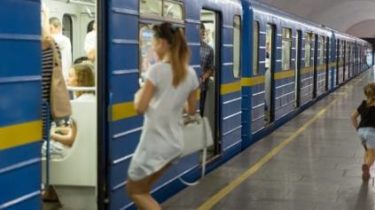 1. In Kiev, at the intersection of Vyshgorod and Bilychi the incident occurred, during which one of the participants took a traumatic gun and opened fire. The shooting wounded three people, all wounds penetrating. The victims were hospitalized. “The suspect fled in an unknown direction. Was dressed in camouflage uniforms, by sight 35-40 years, in itself is traumatic gun”, – stated in the message. Read more→

2. Police have released details of the shooting of the wounded in Kiev. The event took place on the border of the Podil and Obolon districts: a conflict arose between the two companies. Previously it is established that two men were standing at the bus stop, four more came. Between them there was a conflict in which the fight started. One of them took a traumatic gun and started shooting. Read more→

3. Kiev authorities will do everything possible in order to prevent the metro stop, which is threatened to collapse with the arrest of all accounts, “the Kiev underground”, which the court ordered to pay the company “Ukrroslizing” almost 2 billion hryvnia. This was stated by first Deputy Chairman of Kyiv city state administration Gennady FPGA. In Kyiv city state administration assured that the situation will be kept under control, although not hide the fact that the situation is complicated. Read more→

4. Fighters fire at positions of ATO forces along the demarcation line. In the fighting, two soldiers of the Armed forces of Ukraine were killed and four were injured. Read more→

5. The US state Department has not commented on the information that came out in the media regarding the reduction of external support to foreign countries in 2018, including Ukraine, as well as advises to wait for the publication of a complete budget plan for the next month. Read more→