AMC made Kyivstar to reduce tariffs for mobile communications 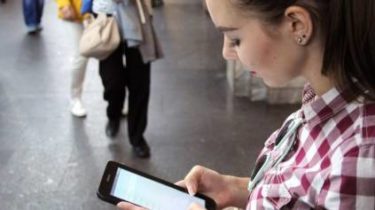 “Kyivstar” carried out the recommendations of the Antimonopoly Committee of Ukraine (AMCU) and launch rates, which will reduce rates for calls to landlines.

In particular, the AMC endorsed the recommendations of the “Kyivstar” to terminate, containing signs of abuse of monopoly power by establishing economically unreasonable tariffs for telephone numbers of subscribers, the press service of the AMC.

The decision of the Committee adopted at the meeting on 20 April 2017.

According to the order of Kyivstar from April 24 prepaid subscribers notified about equal the cost of outgoing calls to phone numbers of subscribers of other operators ‘networks, within 30 minutes will be 16 cents, and outside of using the provided minutes – 0,74 UAH, which is almost twice below the pre-set value of a minute for calls to numbers of fixed line subscribers’ numbers of Ukraine.

Earlier it was reported that the three largest Ukrainian mobile operators – “Kyivstar”, “MTS Ukraine” and Lifecell – have provided its customers with inaccurate information regarding tariffs for voice communication.