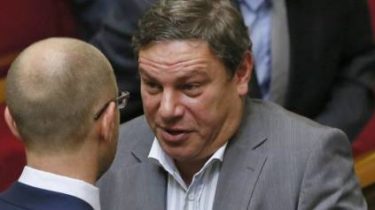 Former member of Parliament, who several times was elected from Crimea, former head of the Pro-Russian party “Union” Lev Mirimskaya died at the age of 57 years.

Details of suicide Chechetov: it became known that the politician had written in a suicide note

On 27 April the newspaper informs “Kriminform” with reference to two sources at the same time refused to give details and the reasons of his death.

The last entry of Lev Mirimsky network Facebook made on 3 April, after his birthday: “I feel 17 again”.

After the annexation of Crimea by Russia Mirimskaya retired from politics and engaged family. He is survived by three children.