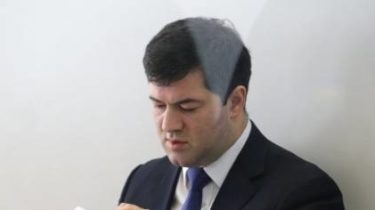 Suspended the head of the State fiscal service Roman Nasirov canceled the operation, to be able to appear in court.

As it became known TSN of his entourage, today at 8 am he had to postpone the surgery, but the morning Nasirov wrote a letter asking to reschedule the surgery, at 9.45 he must appear in court.